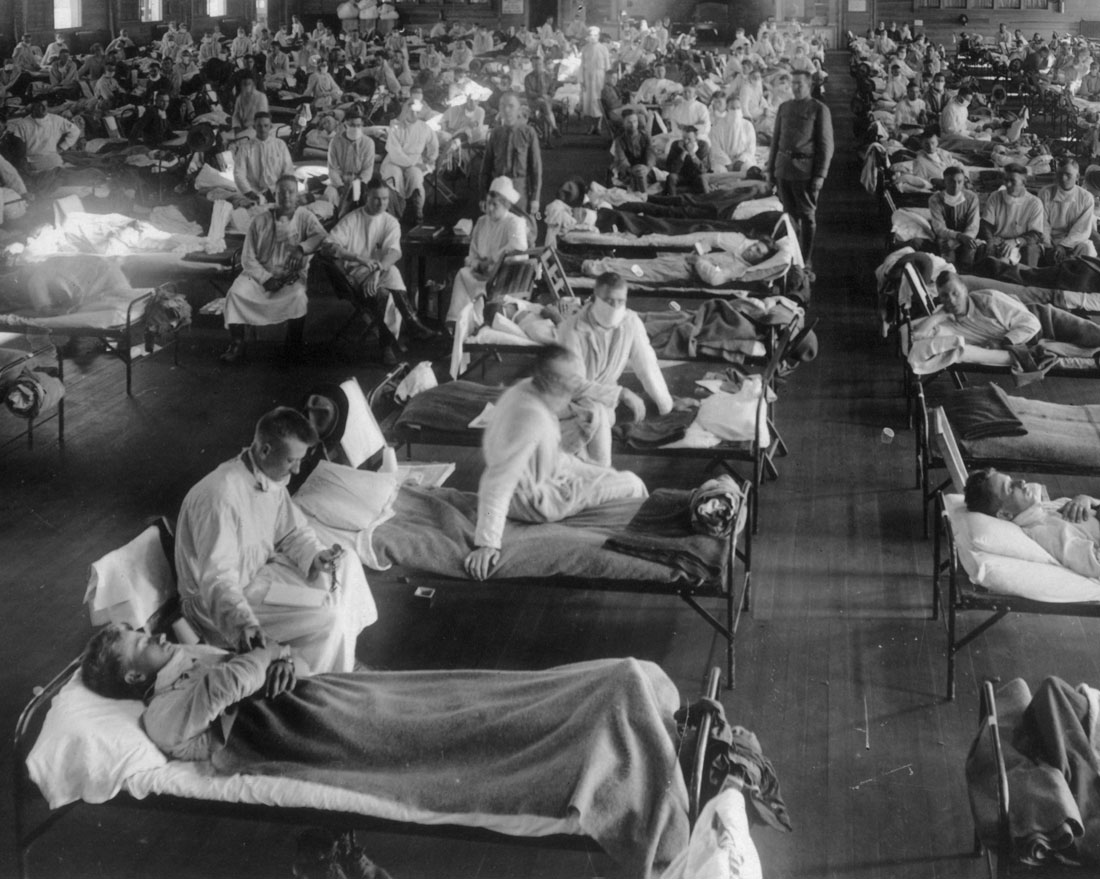 Statements like these are challenging for those of us who seek comfort in prevailing beliefs about life, death and victimhood. They nevertheless have a certain quality that may ring true to the open-minded reader; we want to hear more. Obligingly, Seth goes on to list various characteristics of viruses that escape scientific scrutiny. For example, viruses:

The way Seth describes viral behavior and pandemic events suggests that we are not passive victims in the path of a microscopic predator. There are far more interactive, subjective and personal dynamics at play. Some may find this far-fetched or unbelievable. It is certainly “unscientific” because the source of the information cannot be verified and the statements cannot be proven.

There is inconclusive evidence regarding the national origin of the 1918 “Spanish flu” pandemic, but there is no disputing the fact that it erupted in military bases in various locations during the later stages of World War I. In 2000, one team of researchers found evidence of an acute respiratory illness at a base in Etaples, France, in the winter of 1915-16.

Noted virologist John Oxford, a member of the research team, observed that the Etaples base – one of the largest ever built and equipped with 22 hospitals – housed a minimum of 100,000 soldiers on any given day, with over a million men passing through over time. Oxford described the camp as the “perfect breeding-ground for influenza viruses, because so many young men of different nationalities were mixing under fairly strenuous circumstances.” [6] “Fairly strenuous circumstances” is surely an understatement.

In contrast, one of the more plausible theories on the origin of COVID-19 suggests it emerged in a wet market in Wuhan, China. Wet markets offer fresh vegetables, fruits and meats, much like farm markets in other parts of the world. But in China, live and sometimes exotic animals (alligators, peacocks, snakes, bears, for example) are brought to these markets, kept in cages, and slaughtered just prior to being sold. According to Christopher St. Cavish of the Los Angeles Times, the buyers subscribe to a traditional Chinese belief that eating certain wild animal parts confers wealth and status while enhancing health and vitality. However, sale of these meats is poorly regulated, so sanitary conditions can be correspondingly slack. [8]

The animals face brutal conditions, no better no worse perhaps than the general conditions we routinely impose on the natural world, and sometimes on one another. Because the caged animals at the Wuhan wet market doubtlessly felt unbearably stressed, it is not unreasonable to conclude that they retaliated the only way they could: with a biological weapon. Time will tell just how effective that weapon will be.